These professions that have no feminine in French!

Today, in the French language, there are various attempts to create feminine forms for the professions and they are not always unanimous.

in Quebec, Switzerland and Belgium, the feminine has long been generalized to all functions. In France, the resistance was greater but a consensus was found, more or less. Here is the list of occupations that posed the most problems and the solutions that have been found: 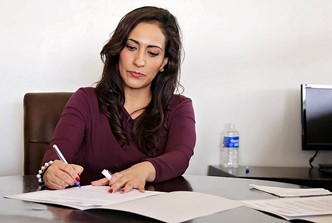 The common point of these professions refractory to gender variation is their elitist and valued status. They are linked to management positions or intellectual occupations. However, the word cheffe as the feminine of chef has been used more often over the pas few years (so it’s quite recent), especially when it translates ” boss ”. However, when it comes to the culinary field, the use of the feminine is still quite rare in my opinion.

It is a widely used word in French, and has no feminine. In Quebec, this function name, borrowed from English, is often translated into French as ”le Gérant / la Gérante ou le /la Gestionnaire”. In France you would say une manager. The absence of feminine form for this profession could be explained by its English origin, but on the other hand, the important social status and the leading position with which this post is associated could also have something to do with it. 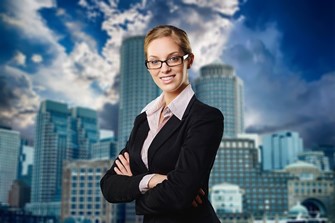 Most of the nouns ending in -e in the masculine form have the same feminine form. They are called epicenes: le/la juge. The determinants and adjectives that accompany them are written in the feminine: une juge italienne, la maire adjointe. However, for some high-ranking professions such as the mayor, the male form has been used for a long time as the only form: we would have said ” Madame le maire ”. Today, we generally use ” la maire” in France and ” la mairesse” in Switzerland and Canada. In Belgium, ” la bourgmestre” is used.

One of the rules of the feminine is that when we have a masculine ending with -eur the feminine ends with – euse [for nouns that have a verbal base] For example, the verb COIFFER > the profession is un coiffeur/une coiffeuse. However, it has been noticed that the suffix -eure has become very productive, and is now more frequently used to create the new words for femine professions, but only for intellectual functions with responsibility like gouverneure, superviseure, while we keep the suffix –euse to manual or less ”prestigious” professions: serveuse, camionneuse, vendeuse, coiffeuse etc. 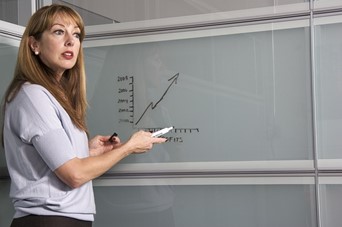 Same for teacher. It was (some time ago ?) a prestigious profession that had no feminine. Today, if we want to feminize it, we use “teacher” and not ” professeure ” so as not to change our habits and not to “shock sensitive ears”, because the pronunciation is the same.

For the same reason, the feminine ” employeure ” is used more often, even if ” employeuse ” exists in the dictionary!

Personally, I have never heard anything other than the masculine for this profession. For example, I would say ” mon assureur est madame x ”. So, I imagine that if we had to definitely put it in the feminine, we would use ” assureure ” so as not to change the pronunciation. 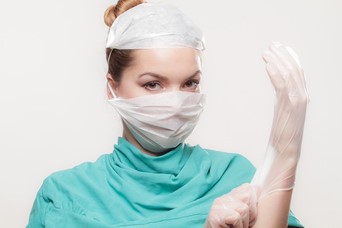 Another rule of the feminine is that when we have a masculine ending with -teur, the feminine ends with par – trice. But, the doctor having long been a man, the feminine who should have been ” doctrice ” has never been used. Today, the French-speaking countries have made different choices: ” docteure ” in France, ” doctoresse ” in Switzerland. Note that for the French, the forms ” -esse ” for professions seems old or even ridiculous (except maitresse d’école : school teacher) while they are very well accepted in Switzerland. All this being a matter of habit of course.

For the same reasons, the female author should have been ” une autrice ”. And when it was necessary to feminize the word recently, many were in favor of autrice. However, it seems to me that, as the habit was used to speak with the masculine, the term ” auteure ” was preferred, probably because it did not change the pronunciation … nor the habits. 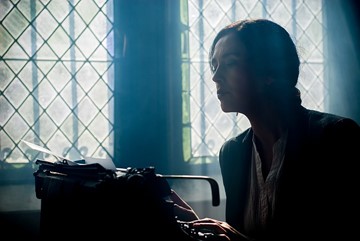 The form “écrivaine” is recent and seems to become the norm for the female writer.

Sometimes the pronunciation of the regular feminine is not ideal, it is complicated to use it for some reasons of double meaning. Thus, ” ingénieuse ” is the feminine of the adjective ” ingénieux ” which means ingenious, clever, inventive. That’s why, to avoid any confusion with this word, the feminine ” ingénieure ” is used. 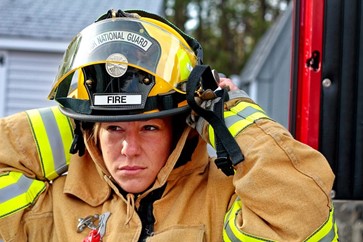 I have always heard that word in the masculine or sometimes with the expression ” femme-pompier” which means ”woman firefighter”. This sounds ridiculous, but apparently not as much as the word ” pompière ” that should be the regular feminine form but that no one seems to want to use. Why? I have not found a logical reason for it and I think it is probably a very objective criterion as: ” that doesn’t sound nice ”.

For the doctor, the dictionaries do not attest any feminine form, although the French feminization guide suggests “médecine”. The problem is that the term “médecine” means medicine and refers to the science, which explains the refusal to use it. So, the most common method of feminization is the agreement of the feminine article: le médecin / la médecin.

Same for “un marin“(a sailor), we do not say “une marine” because this word means navy.

That’s it, my list is finished. However, I have one last question: Does the opposite problem exist? Are there professions that are only female? We can say that it is very rare. I found one:

As this profession became more and more successful among men, it was necessary to find a male equivalent. The word ” sage-homme ” has been proposed but seems ridiculous (because it means wise-man) so we have, for the moment, kept the feminine word for men also. Thus, we say a ” un homme sage-femme” (a midwife man)!

Voilà, so we see that the linguistic feminization of some professions has not always been simple and can still evolve because it is the users who has the right to life or death on a word.

We can summarize all this by saying that the intellectual and prestigious professions had more difficulty to find their feminine and that very often we used for the feminine version a written form which did not change the pronunciation and which is thus … identical to the masculine one when we speak!
All that for this

And you, do you have these kinds of problems in your language?

Watch my video about the professions

Read in french on that subject  here

Hello!
I have been teaching French for many years. In this blog, I'd like to share my tips about the French language and I am looking forward to making learning enjoyable for you ! About me...