Days of the week in French language

Under the Roman empire, each day was the opportunity to celebrate a divinity associated with the celestial bodies they could see in the sky. 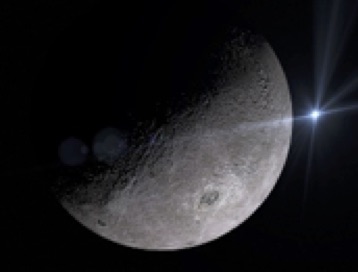 Lundi comes from Lunaes dies in Latin, which means ‘’the day of the moon’’ (moon: la lune and dies : day)

With the same logic, Sunday should mean ‘’the day of sun’’ and should be soldi in French (sun: le soleil). But it has been changed by Christians into Dimanche from latin dominicus (the Master, the Lord).

Apparently, Romans couldn’t see Uranus and Neptune, that’s why they don’t have any day named after them.

On the other hand, we have only seven days in the week, so, even if they had been able to see them, they would have had to make a choice between the 8 planets.

Or maybe we would have had 10 days in the week! A nightmare ?

Samedi (Saturday) comes from Saturne. Previously, Romans used to call it Saturdi, but Christians changed it to Sabbati (the day of the Sabbat (Shabbat)), which became samedi in French. 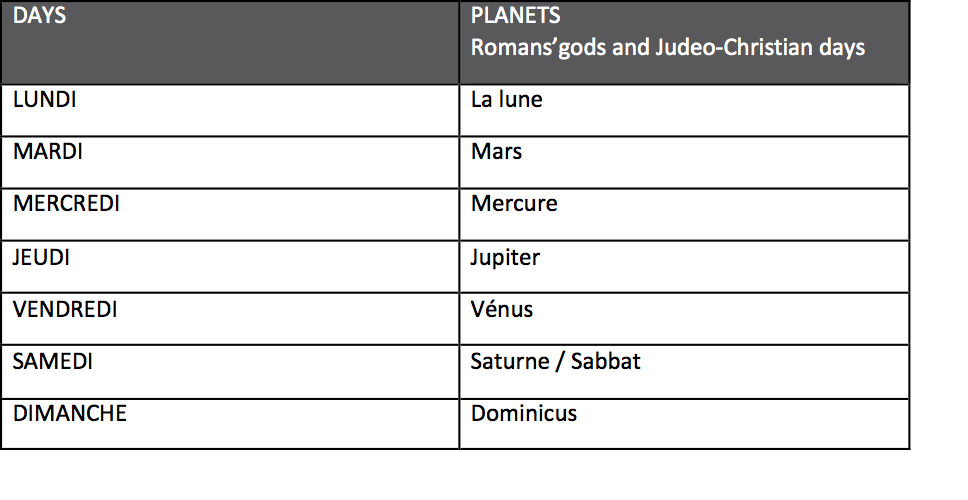 Here you will find a great representation of the way we name days in Europe: 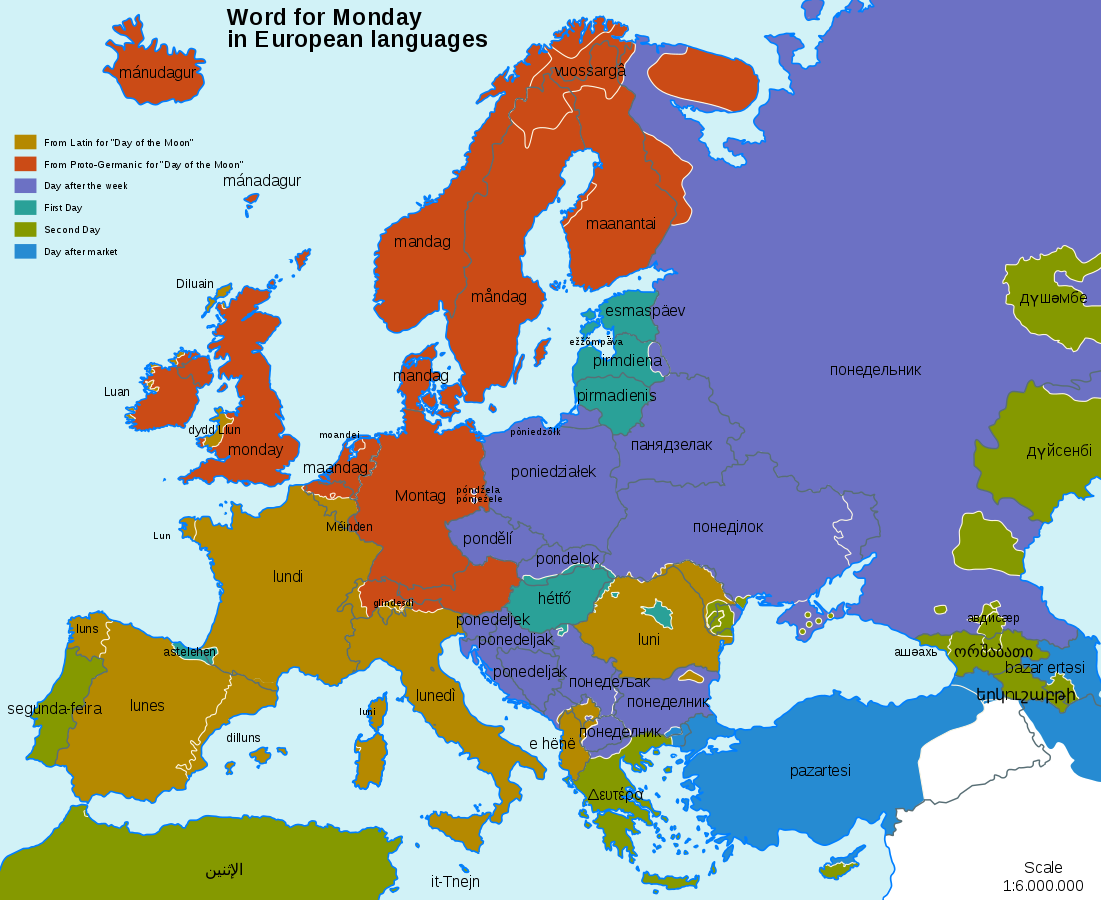 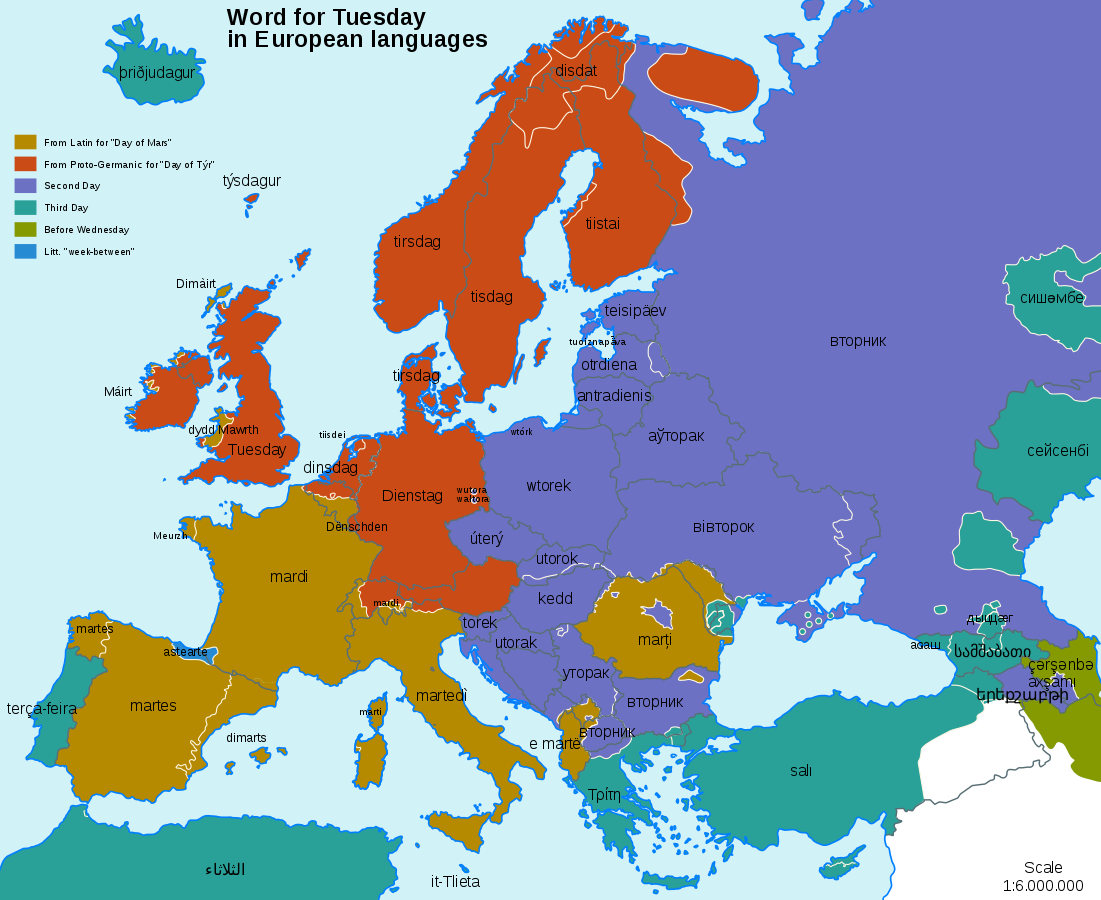 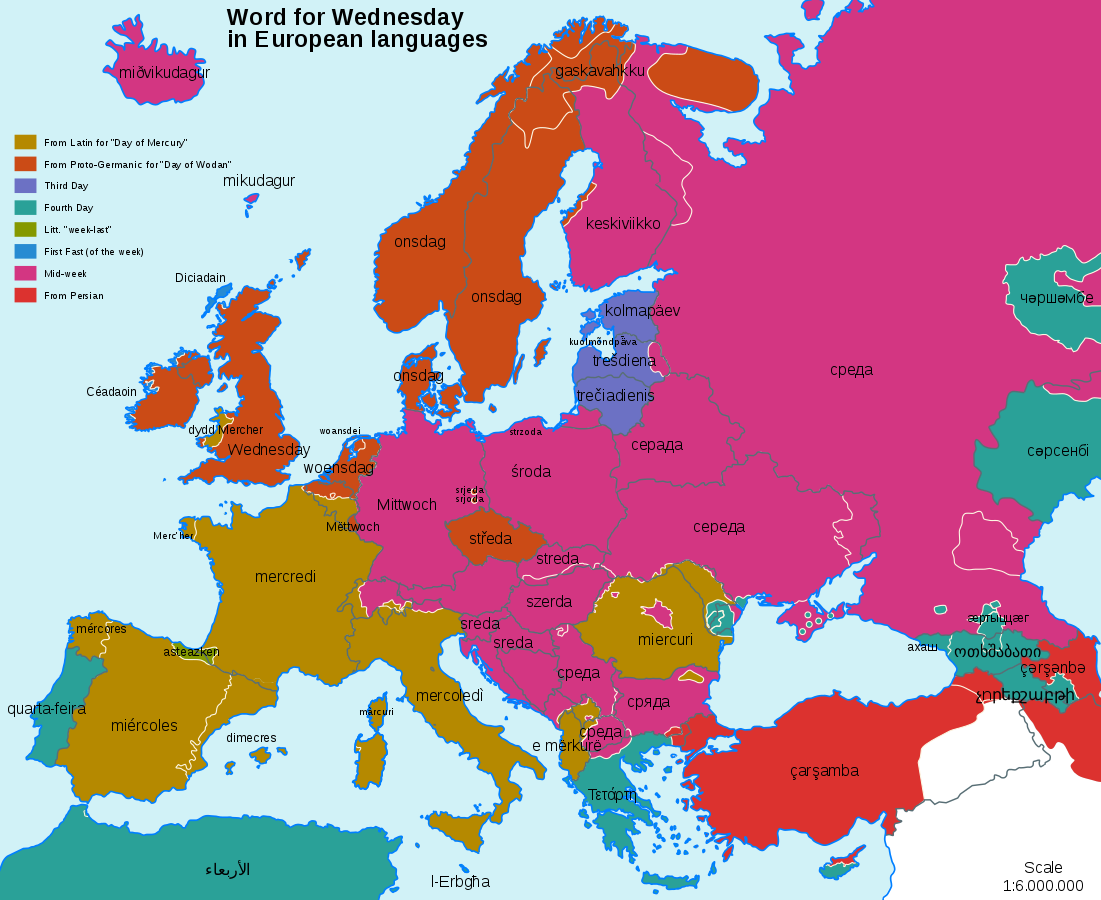 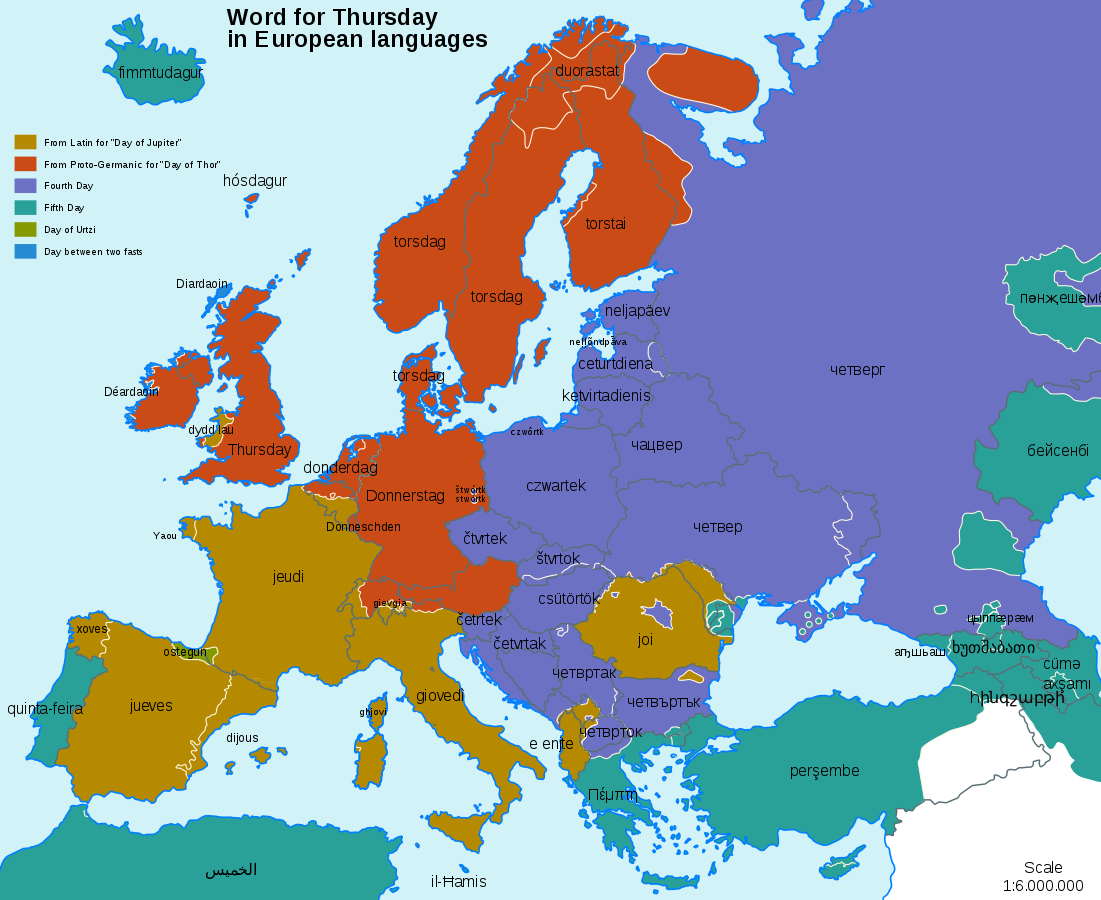 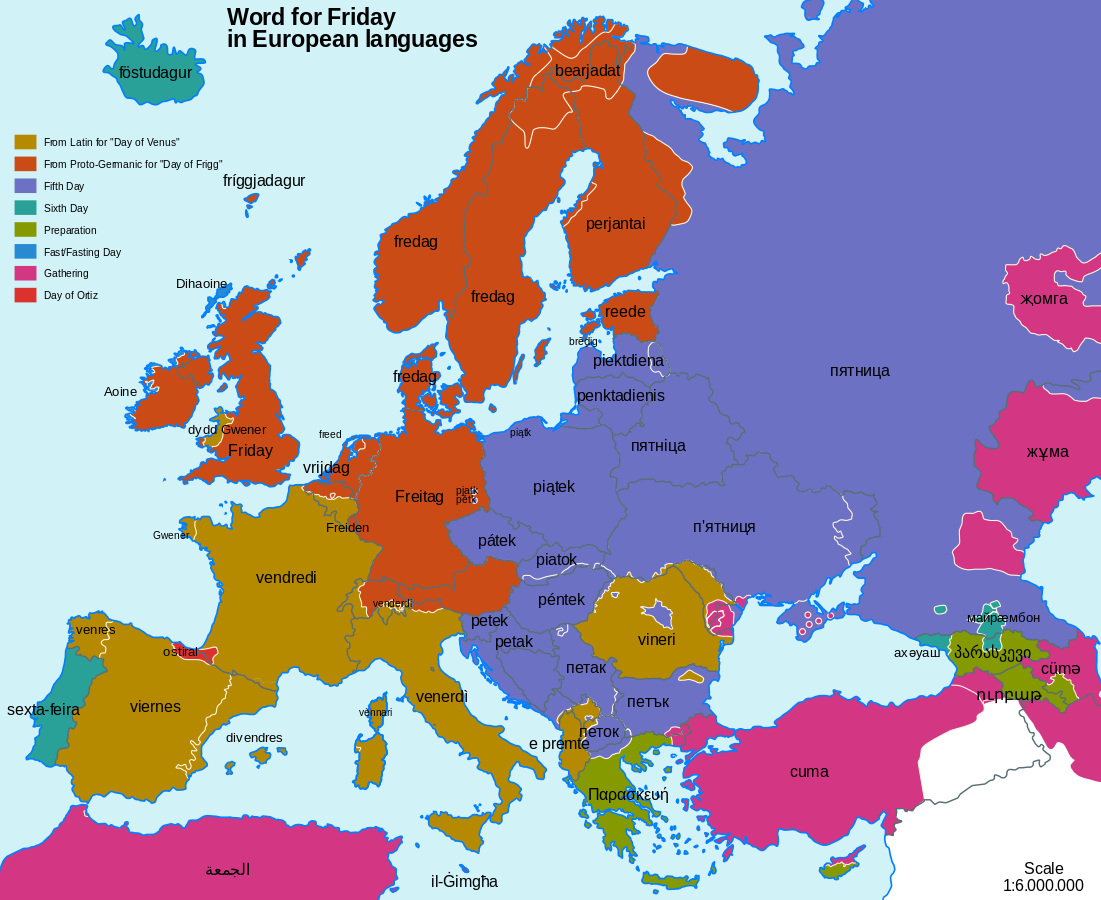 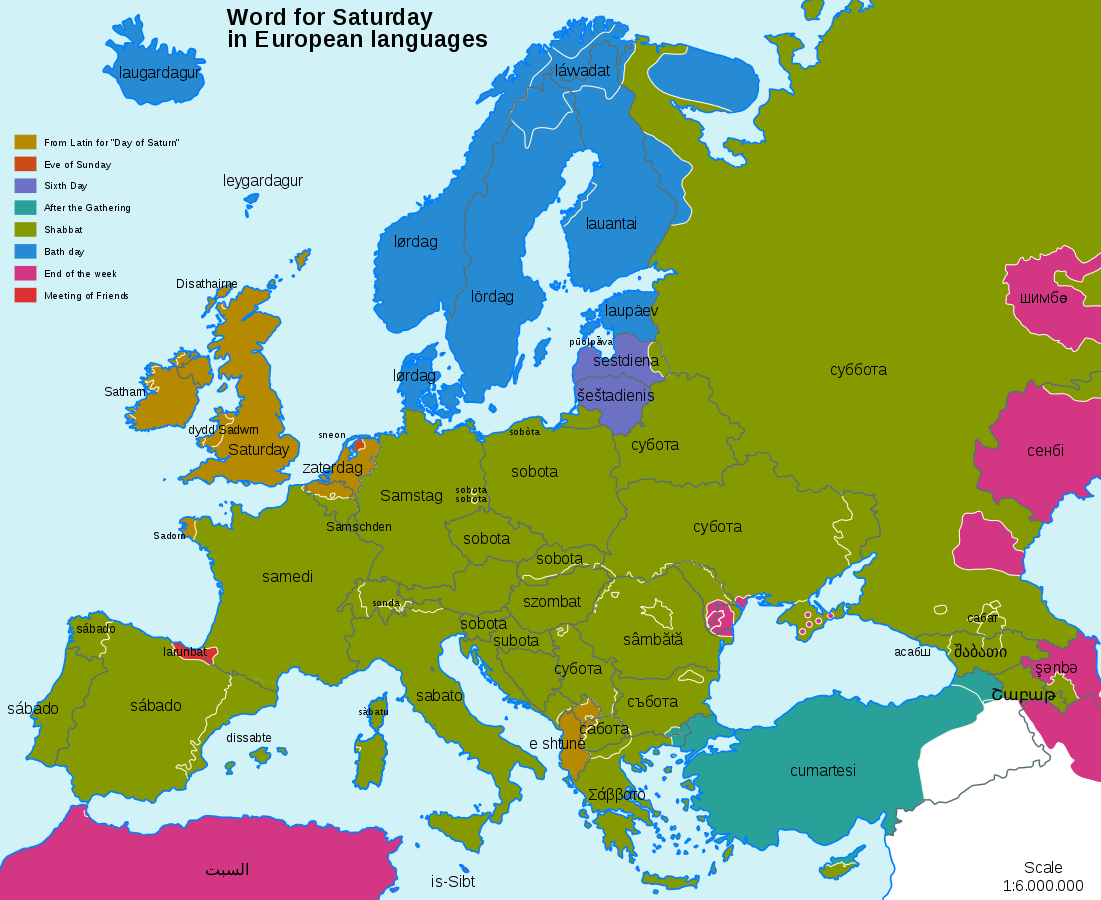 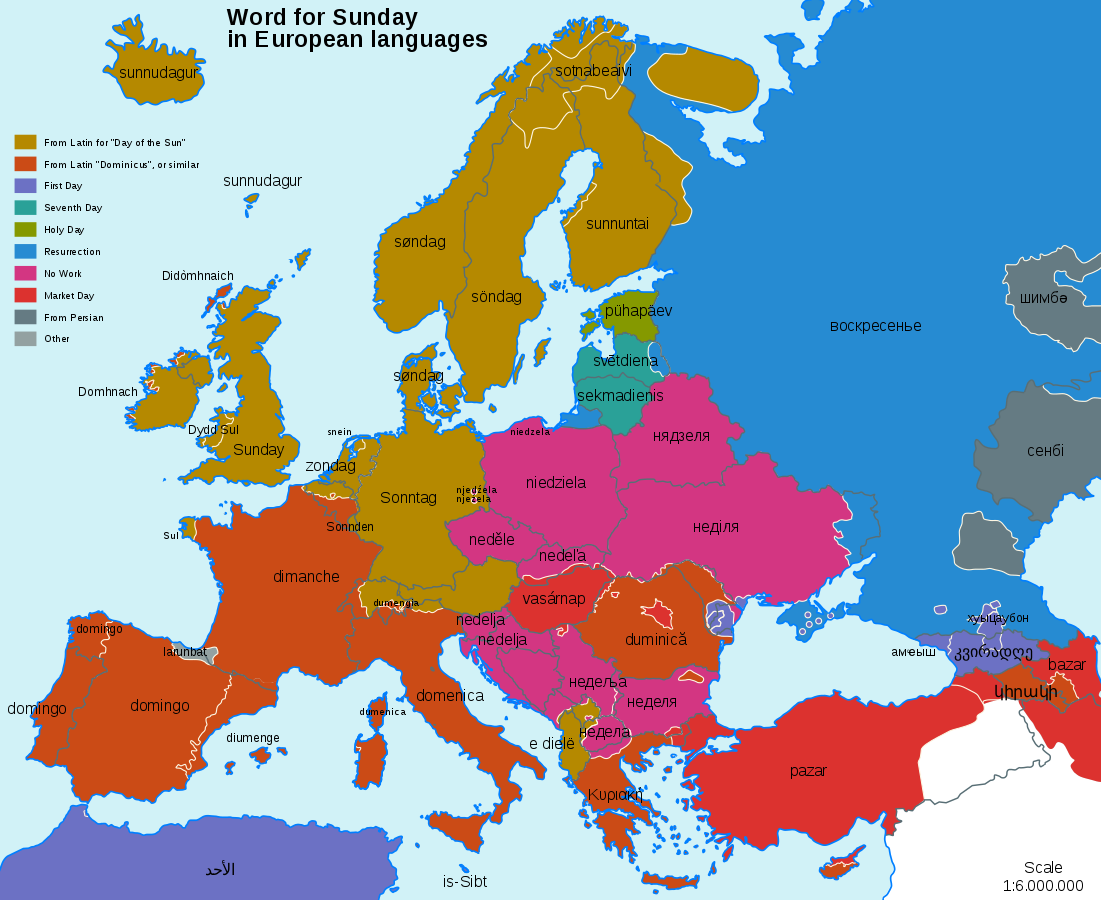 Voilà! I hope it’s clearer for you. Now, if you are on the moon on Monday, you have a good excuse! Tell your boss that story.

Still, there is one mystery I could not solve: why do we put the days in that order? If you have an idea, tell me in a comment!

← What are the CEFR and A1 to C2 levels? How to know the gender of countries in French? →